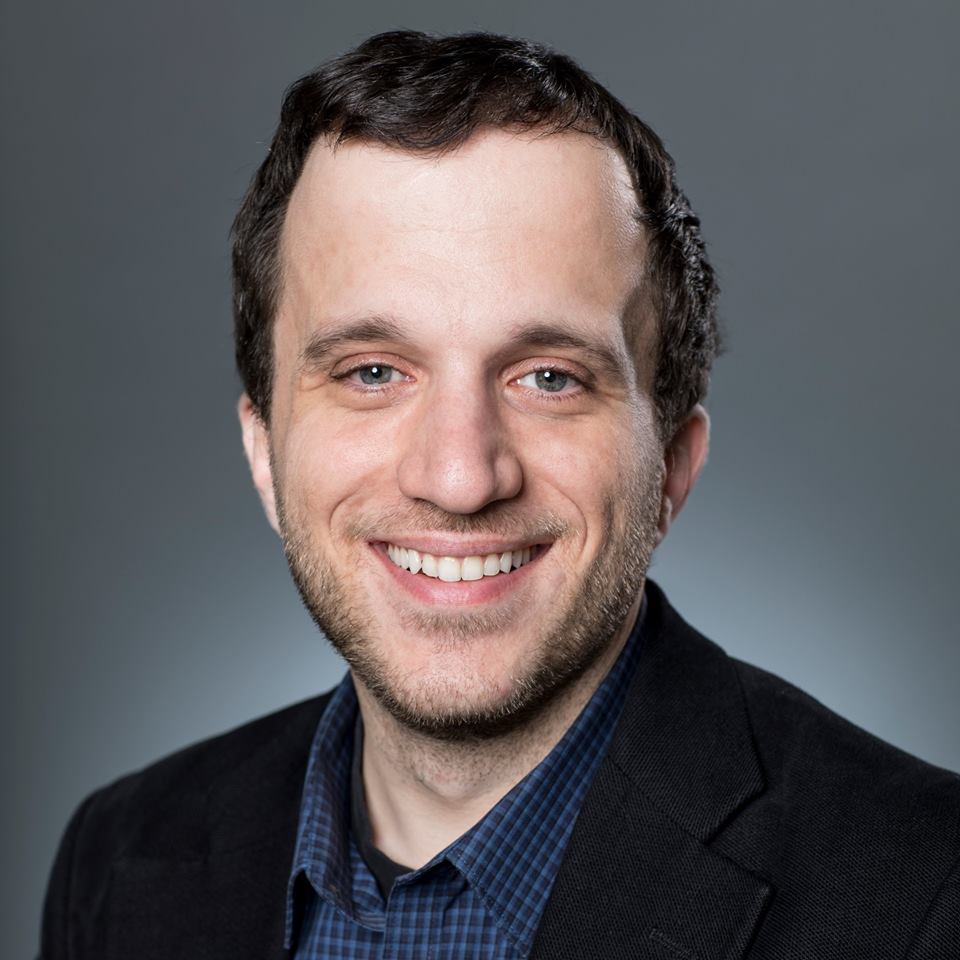 I am an assistant professor in computer science at the University of Southern California. I graduated with a PhD in Robotics from the CMU Robotics Institute and with a MS from MIT. Before my graduate studies I worked at the video game company Square Enix on procedural content generation. I draw upon expertise in artificial intelligence, procedural content generation and stochastic optimization to develop robots that interact robustly with people in human environments. My research has been recognized in the form of best paper awards and nominations from the IEEE/ACM International Conference on Human-Robot Interaction, the IEEE/RSJ International Conference on Intelligent Robots and Systems and the International Symposium on Robotics. 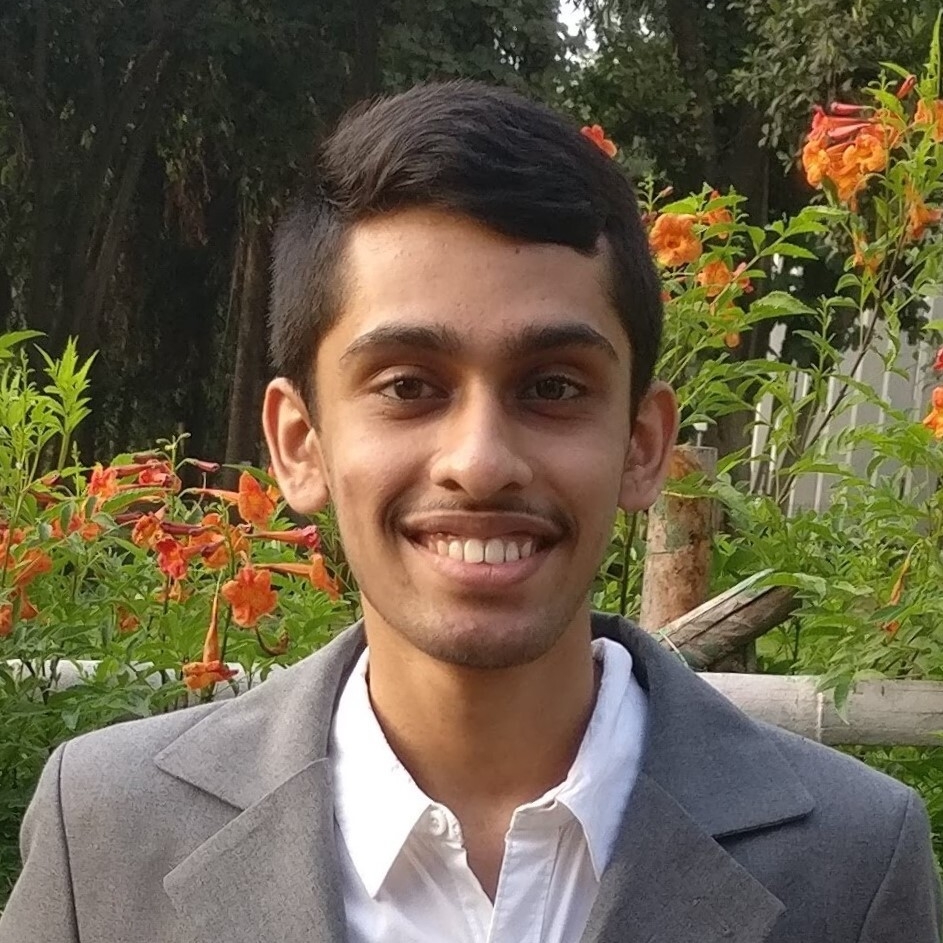 Varun Bhatt is a Ph.D. student with Prof. Stefanos Nikolaidis in the Computer Science department at USC. His general research goal is to understand and develop algorithms for efficient robot-robot and robot-human interactions using ideas from reinforcement learning and game theory. He completed his B.Tech at the Indian Institute of Technology Bombay and his M.Sc. at the University of Alberta. During his master's, he worked with Prof. Michael Buro on an algorithm for multi-agent communication. 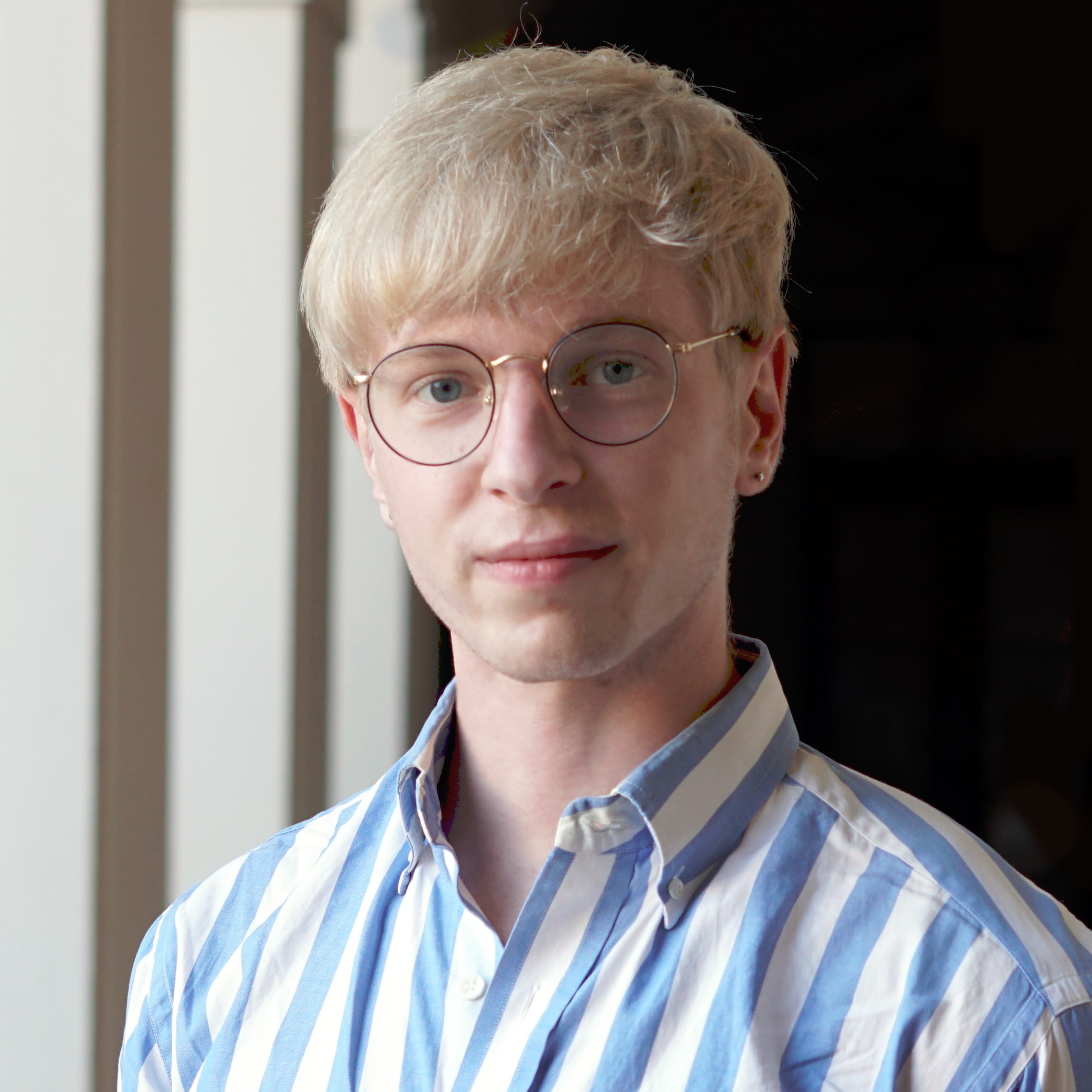 Nathan is a Ph.D. student in the computer science department at USC. He is co-advised by Prof. Maja Matarić and Prof. Stefanos Nikolaidis. He previously received a B.S. in Computer Science and a B.Eng. in Robotics Engineering from Worcester Polytechnic Institute, where he explored ways to improve internalizing motivation in middle school students using intelligent tutoring systems. His current research interest is in developing computational models of social behavior to better inform physically assistive robots. 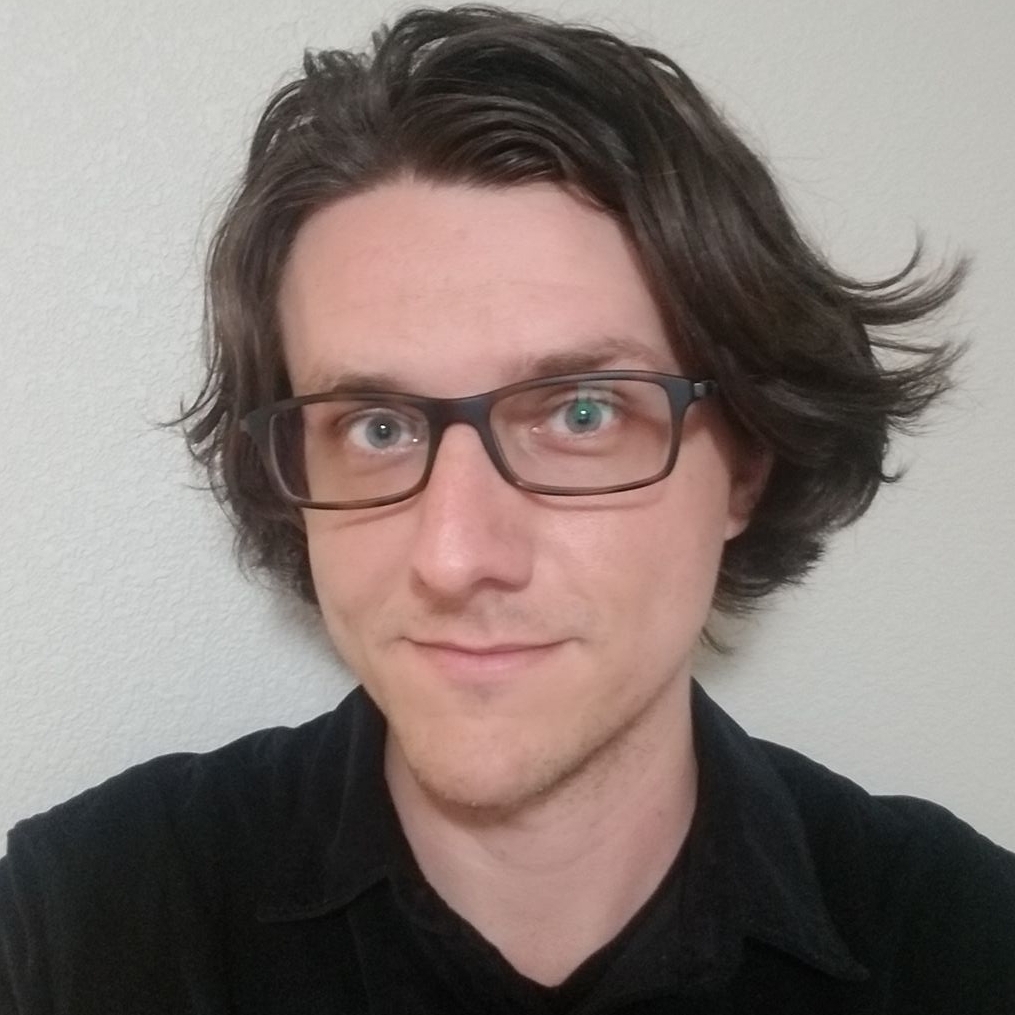 Matt Fontaine is a PhD student at the University of Southern California advised by Stefanos Nikolaidis. Prior to coming to USC, Matt completed B.S. and M.S. degree at the University of Central Florida. He also worked as a research assistant in game-based training at UCF’s Institute for Simulation and Training and as a simulation engineer at Drive.ai. His research interests are broadly in the intersection of automatic scenario generation for training, procedural content generation in games, and human-robot interaction. 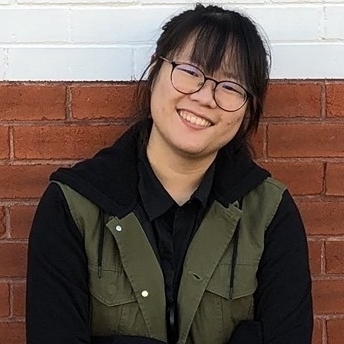 Ya-Chuan (Sophie) Hsu is a PhD student advised by Prof. Stefanos Nikolaidis in the Department of Computer Science at the University of Southern California. She received her M.S degree in Computer Science from Texas A&M University, where she was advised by Prof. Dylan Shell. She has broad research interests in robotics and artificial intelligence. Her current research has been centered on planning under uncertainty, particularly behavior planning for human-aware robots. 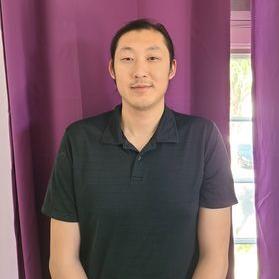 Zimo Li is a computer science PhD student who is advised by Prof. Stefanos Nikolaidis. He completed his undergraduate degree in mathematics at the University of Chicago, and subsequently finished his M.S. degree from the same institution. His research interests lie at the intersection between human digitization, human computer interaction, and robotics. 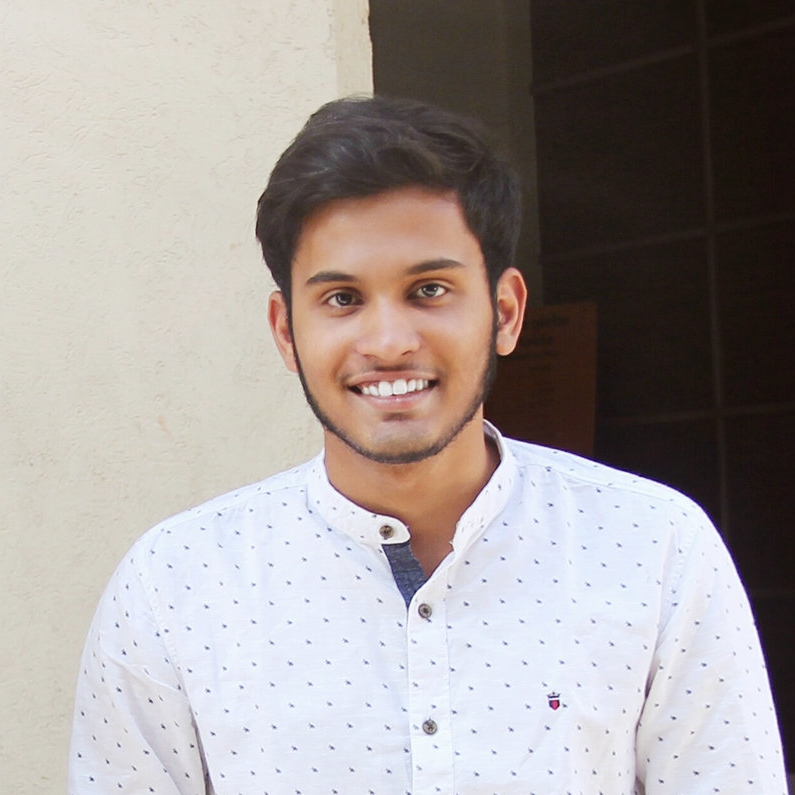 Heramb is a PhD student advised by Prof. Stefanos Nikolaidis in the Computer Science department at the University of Southern California. He did his master’s in Robotics Engineering at the Worcester Polytechnic Institute where he was advised by Prof. Jane Li. His research interests lie in planning for human-robot collaboration, learning from demonstration and high-level symbolic planning. He is a recipient of the Annenberg Fellowship award. 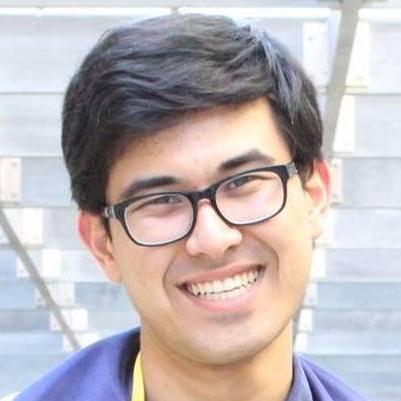 Sherdil is a visiting PhD student from the University of Washington, where he works with Siddhartha Srinivasa. He is interested in designing graph-based motion planning algorithms for robots deployed in highly challenging and constrained environments, particularly in surgical and manufacturing scenarios. His current work focuses on interleaving these algorithms with gradient-free optimizers to improve the setups of difficult motion planning problems.

Bryon Tjanaka is a computer science PhD student in the ICAROS Lab supervised by Stefanos Nikolaidis. His interests are in robotics and AI, particularly quality diversity optimization, reinforcement learning, evolutionary algorithms, and human-robot collaboration. Previously, Bryon studied computer science at UC Irvine, where he worked with Roy Fox and the Intelligent Dynamics Lab on hierarchical RL, and with David Mobley, Jessica Maat, and the Mobley Lab on molecular dynamics force fields. He has also interned at Google for three summers. 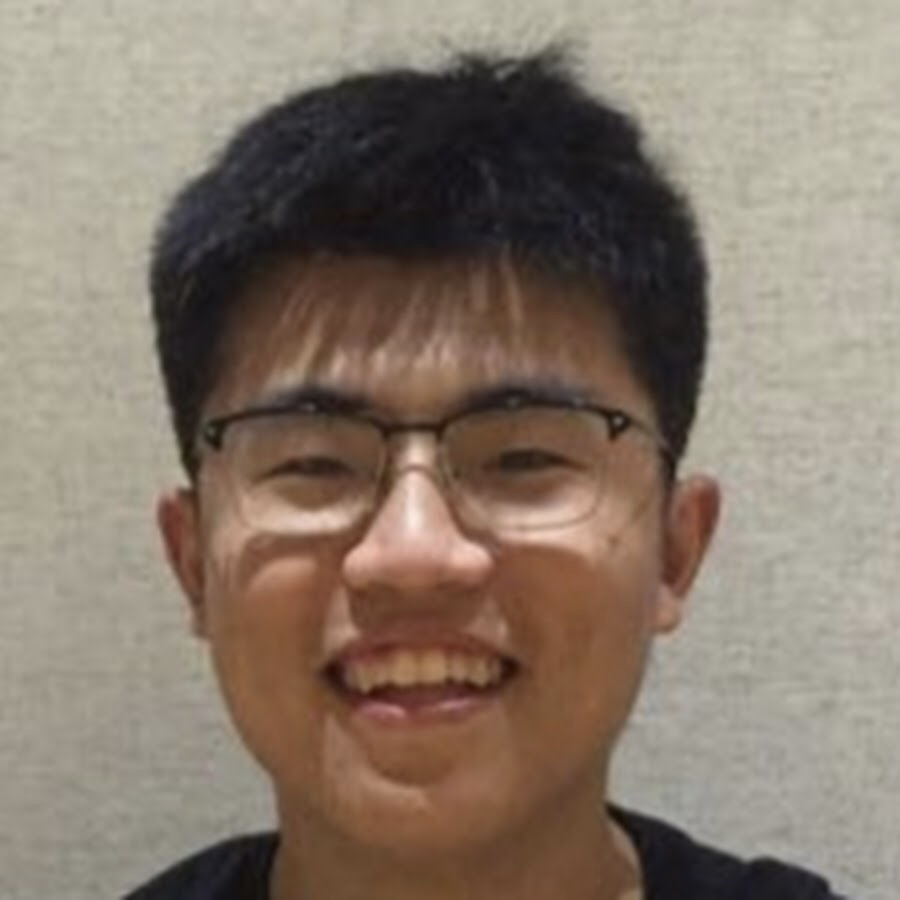 Hejia is a computer science PhD student at the Interactive and Collaborative Autonomous Robotic Systems Lab advised by Prof. Stefanos Nikolaidis at University of Southern California. His research interests lie in ways robots can actively acquire knowledge from non-expert human users, vast amount of available online content and interacting with the environment to intelligently plan and act in real-world applications while alongside and interacting with humans. His research is motivated by real-world problems in domestic and field robotics and targets at eventually enabling robots to help ordinary people in their daily life and replace human workers in dangerous environments. 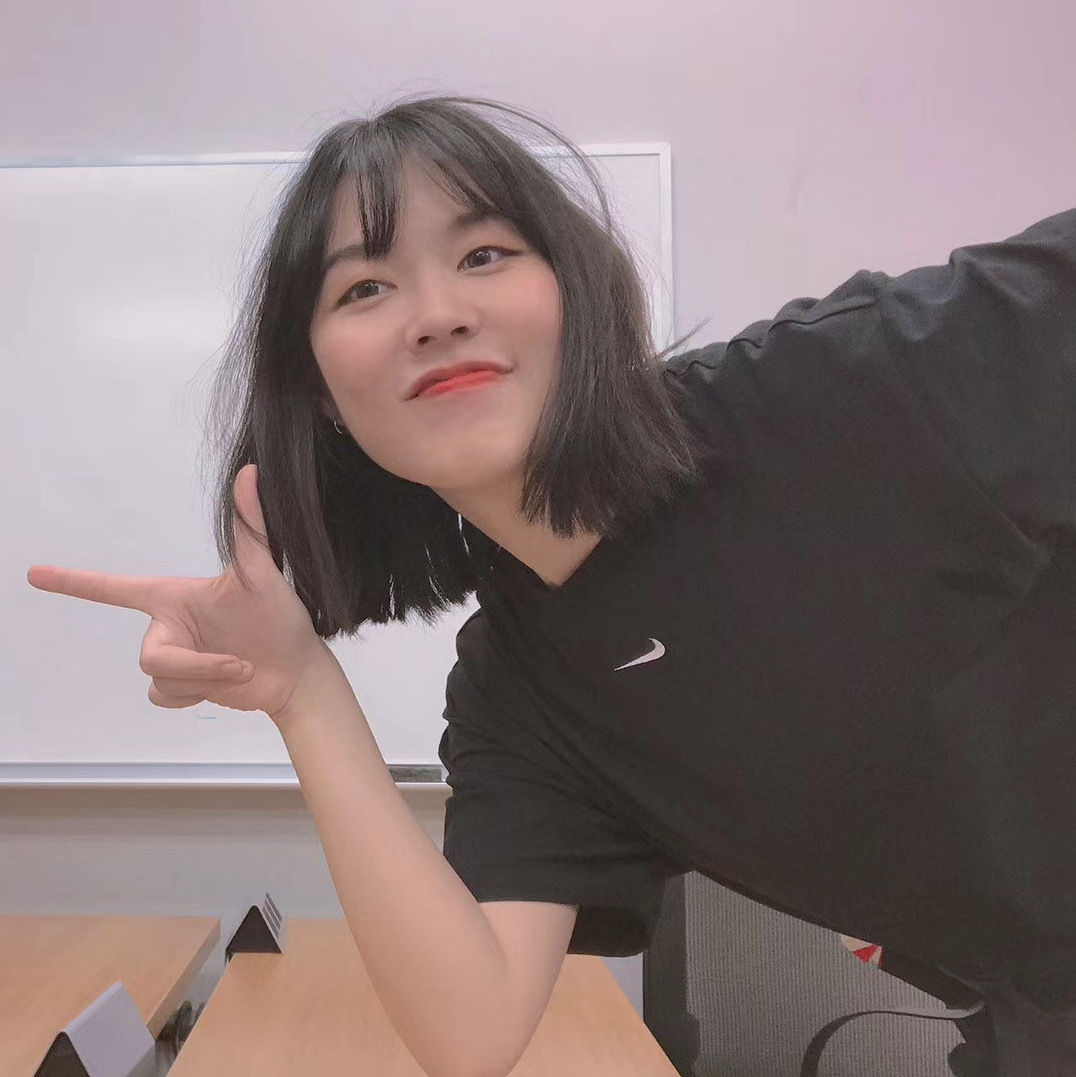 Haoyang is a 2nd year Master student majoring in Computer Science at University of Southern California. She received her B.S. in Computer Science and Engineering from the Ohio State University. Her current work focuses on human-robot collaboration, and task and motion planning under dynamic environments. She is motivated by the improvement of the healthcare system with the help of state-of-the-art intelligent systems. 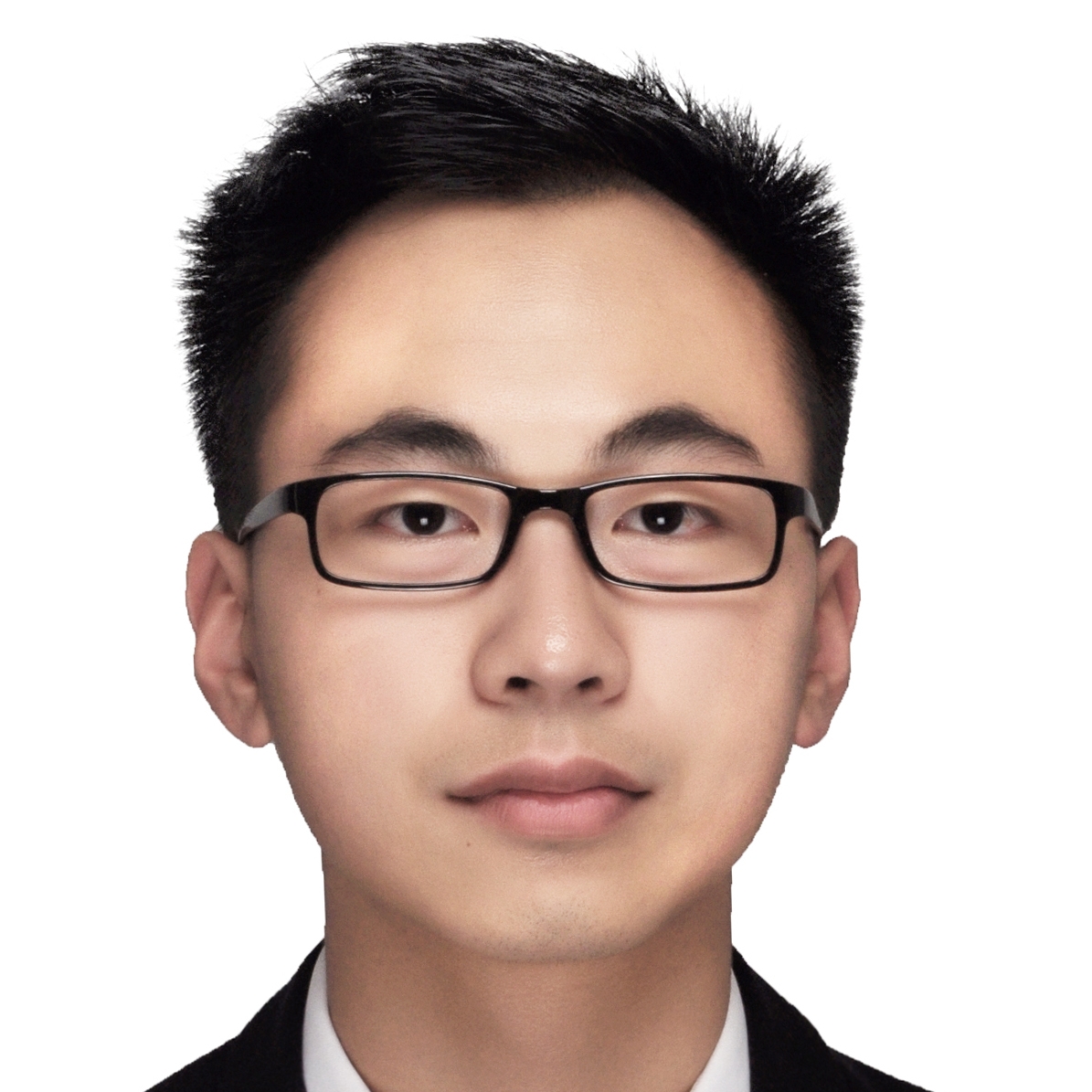 Runyu Guan is a 2nd year master in Computer Science at University of Southern California. He mainly works on inferencing human preference in assembly tasks based on Inverse Reinforcement Learning. He also has interests in Deep learning applied in Computer Vision, Multi-modality Natural Language Processing and Knowledge Graph. 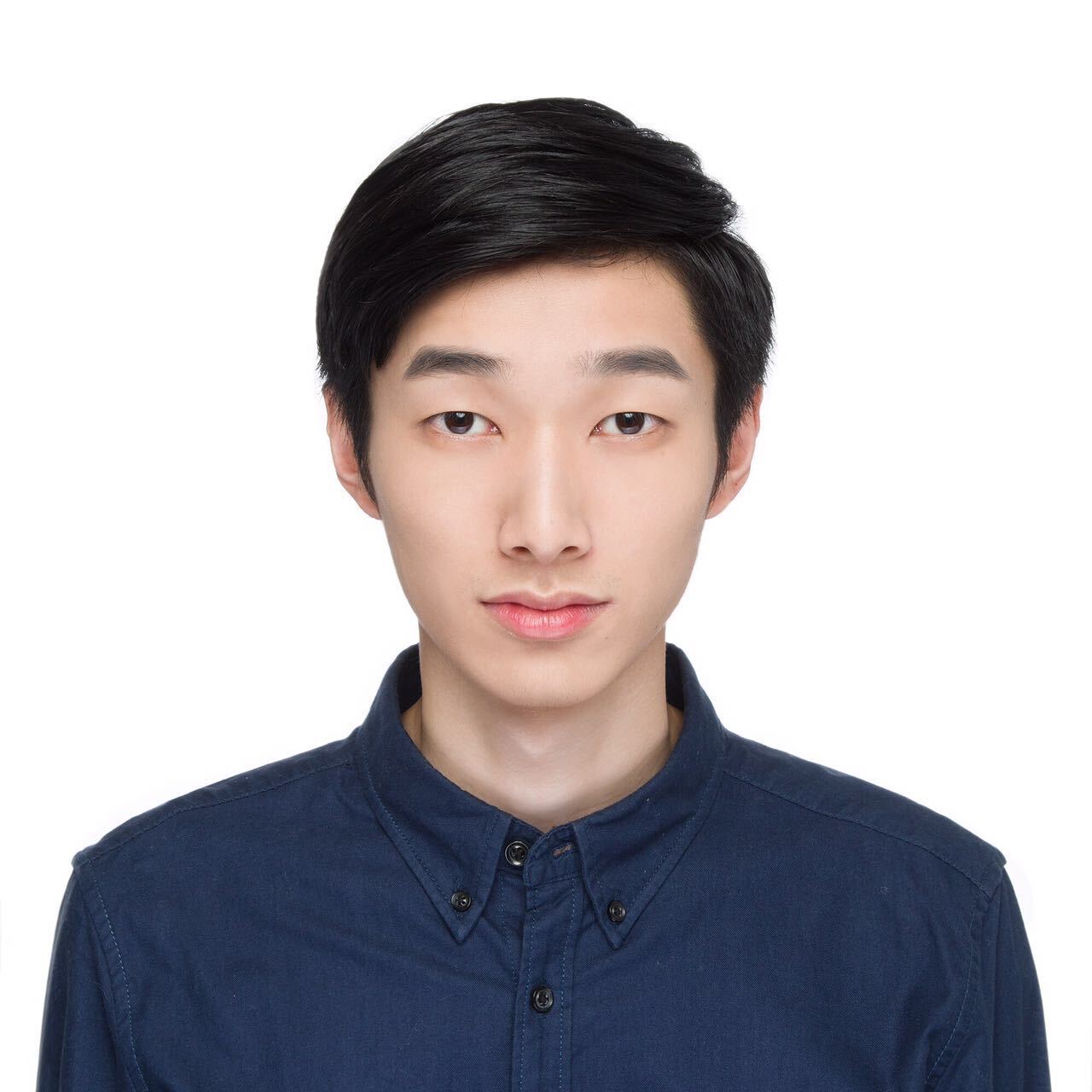 Yuecheng Li is a MS CS student at University of Southern California. He receives his B.S. degree at UIUC. His current work focuses on QD algorithm. He is also interested in deep neural network for computer vision and natural language processing. 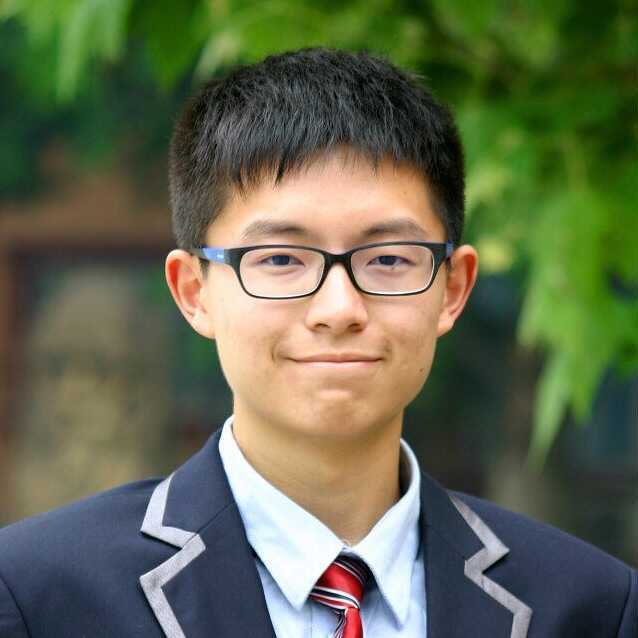 Yulun Zhang is a Master's student majoring in Computer Science at the University of Southern California. His research interests include human-robot collaboration, evolutionary algorithms, and offline multi-task reinforcement learning. Before joining ICAROS, he worked in the USC Interaction Lab on a project aiming to help students who cannot be physically present at school access in-school education. 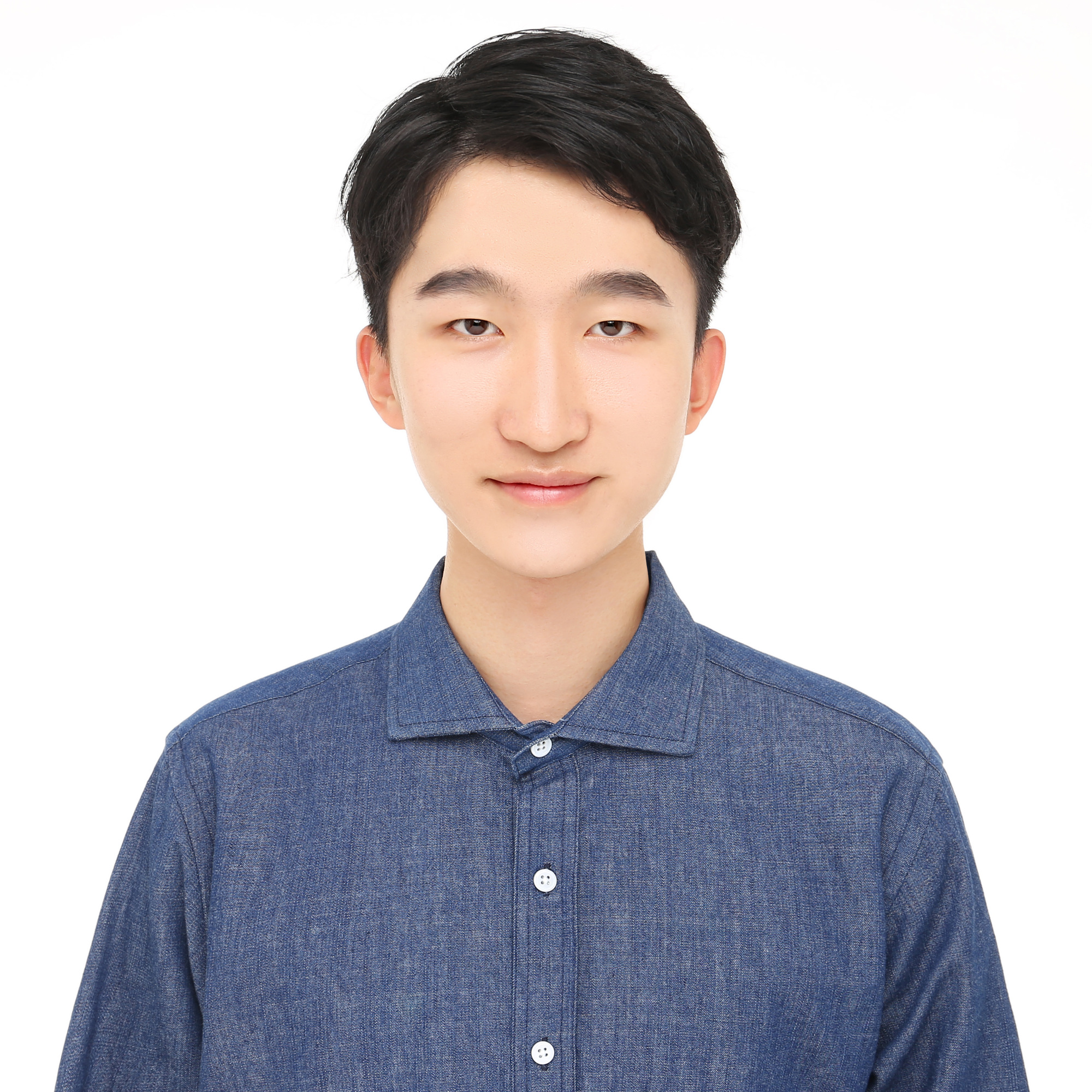 Ziang Liu is an undergraduate student majoring in Computer Science and Applied Mathematics at the University of Southern California. At ICAROS, he is working on designing and developing a new variant of RRT for robot motion planning to accomplish lime-picking tasks with a 6-DOF robot arm. His research interests include motion planning and control for manipulation and legged locomotion.